Understanding The Psychology Of Your Brand. 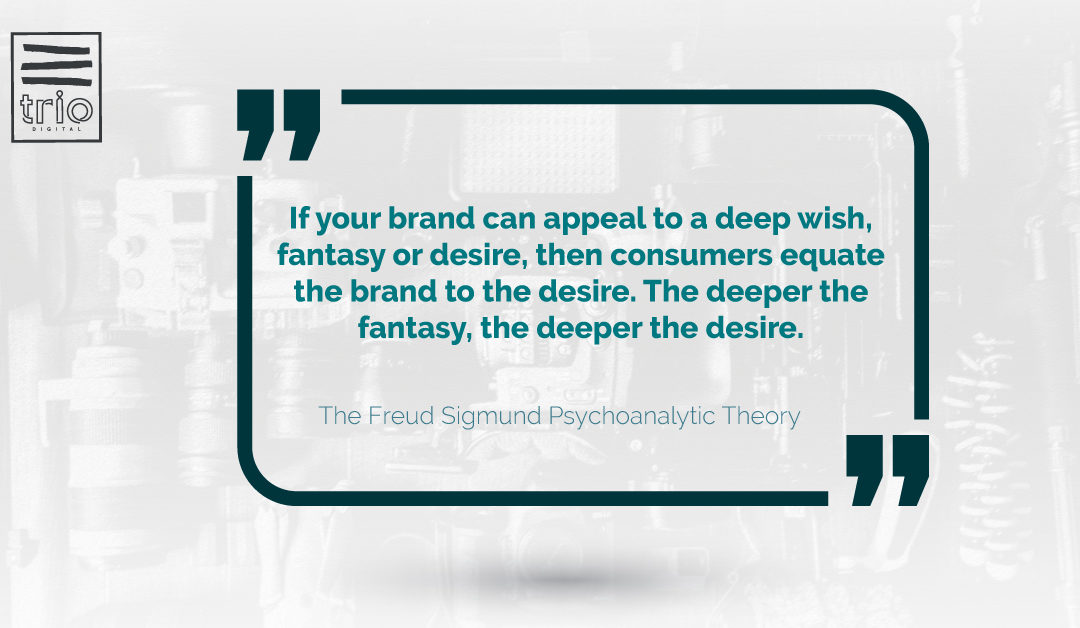 A man is walking in the busy streets of Nairobi. It’s an extremely hot day and he feels parched. Coincidentally, he sees someone walking by with an ice cream cone. It looks delicious and has his favourite toppings. Now looking at the ice cream, the first thought that crosses his mind is just how much it would help him cool down.  The second thought is that he should probably buy his own, seeing as grabbing it from the stranger is not the right thing to do. Upon analysing the situation, he decides that he will buy ice cream later on once he finishes some errands.

An abstract concept such as this is what led to Freud Sigmund’s psychoanalytic theory, which has further been developed and used by marketers in order to sell their product to the consumers. Freud has since been termed as the father of psychoanalysis and the creator of the therapeutic technique. Luckily for business people, this technique has been used to appeal to consumers’ desires and to market products effectively.

The psychoanalytic theory explores three parts of the human personality to make his hypothesis concrete: The id, the super ego and the ego.

The Id is the primitive and instinctive part of the brain. It has no rationale. It is basically the childish and impulsive part of you that just does what it wants, and it wants things really intensely and doesn’t really think about the consequences. So, on an extremely hot day, if you see ice cream, your Id will tell you to grab it from the person holding it. It will make you seek pleasure without rationale. If you’re wondering why you ate that whole cake, haven’t stuck to your gym schedule in months, or have a problem of overspending, then it’s your Id working overtime.

Secondly, we have the superego. This part of the human personality is super judgmental and moralizing and is always trying to get you to behave in a socially appropriate way. In other words, it is the ethical part of the personality. The superego’s criticisms, prohibitions, and inhibitions form a person’s conscience.  For example, we wouldn’t ordinarily grab an ice cream from someone holding it just because we want ice cream on a hot day. There’s a reason for that. The superego is what makes you think, ‘No, I can’t grab that ice cream. That’s theft, and it’s wrong. I’ll just get my own.’

Then we have the ego, a term which has been misconstrued from time immemorial. This part of the personality mediates the demands of the id and the superego. It is the decision-making component of personality. It works by reason. It works out realistic ways of satisfying the id’s demands, often compromising or postponing satisfaction to avoid negative consequences of society. So yes, the man wants that ice cream, but because it’s wrong to steal, he’ll wait until he finishes up with his errands then he’ll get his own. That way, the ego finds ethical ways of satisfying the Id.

Interesting, right? You may be wondering how this ties in with the business. Freud’s nephew, Edward Bernay, took the theories and applied them as marketing principles. To him, there are deeper reasons why people purchase products other than the mere fact that they want the said products. These deeper reasons are in the id. Maybe the brand appeals to the person they would like to be or fills a subconscious void. This should be the driving factor in any marketing plan. Simple advertising doesn’t cut it. You must understand these deeper reasons, and you must understand the psychology of your brand.

Through this theory, Bernay was the first to theorize that people could be made to want things they don’t need by appealing to unconscious desires (to be free, to be successful, etc.). He was hired by the American Tobacco Company to encourage women to start smoking. While men smoked cigarettes, it was not publicly acceptable for women to smoke. Bernays staged a dramatic public display of women smoking during the Easter Day Parade in New York City. He then told the press to expect that women suffragists would light up “torches of freedom” during the parade to show they were equal to men.

What does this tell you? If your brand can appeal to a deep wish, fantasy or desire, aggression, or some escape from life, then consumers will equate the brand to the desire. The deeper the fantasy, the deeper the desire to buy. In short, to sell to the ego, you must appeal to the id, the deep fantasy.

Looking to join our awesome team of creative and technology-driven individuals? Send your resume and/or portfolio to info@triodigital.co.ke.